Born August 6th, 1929, in Los Angeles, CA, to Takeo and Tai Iwasaki Watanabe, he moved to Japan at the age of 6. While still in Japan, he joined the US Army and served as a Military Intelligence Translator in Occupied Japan and the Korean War.

He returned to the US and received a BS in Bacteriology at Penn State, a MS in Microbiology at UC Berkley, and a PhD in Virology at SUNY Upstate Medical University. In 1964, he married Akiko Ito. They lived in Berkley, Albany, Syracuse, Des Moines, Mt. Kisco, Hartsdale, and finally settled in Houston. Dr. Watanabe was a research scientist at Westchester Medical Center and Baylor College of Medicine. He took great joy in teaching Biology and Microbiology to the students of Houston Community College. He shared his knowledge of Japanese Language and Culture with countless enthusiasts. And, he worked as a translator of Japanese and English.

He dedicated his life to bridging cultures in the Asian American Community; especially between the two countries he held dearest, the United States and Japan. He served as past presidents of Japan-America Society of Houston and Japanese American Citizens League Houston Chapter.

A Celebration of Life was held on January 24, 2015, at Asia Society Texas Center.

Download the Daniel Watanabe Celebration of Life, held at the Asia Society of Texas on January 24, 2015

Dr. Watanabe gently nudged the diverse energies around him to share his passion for peace and to embrace bridge -building across the cacophony of cultures of 1980 Houston.

Dan’s steady, patient cultivation of a new and innovative idea – our pan-Asian identity- sketched our path for Houston’s future as an International City.

We love him dearly.  He will always be with us. 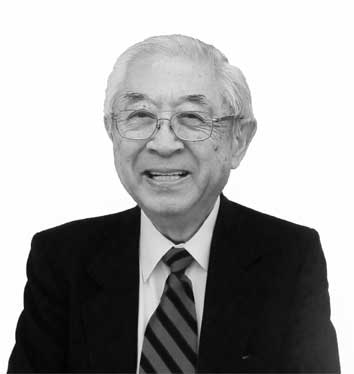