What does it take to be extraordinary? The Texans in these pages have each made their marks in vastly varied fields—from winemaking and writing to inventing a new way to watch movies—and they share characteristics essential to any true trailblazer: the bravery to try something different and the perseverance to carry their visions through. And for that, we salute this year’s Extraordinary Texans.

If you would like to see a hundred lions and dragons dancing amid the roar of one million Lucky Red Firecrackers, then get yourself to Lunar New Year Houston, one of the largest such festivals in the world and one of the few that still uses fireworks, which are now banned in most public celebrations. But thanks to Glenda Joe, the Chinese-Irish-Texan cross-cultural communicator who organizes this epic celebration, the firecrackers still explode in Houston.

In January or February each year, Glenda Joe directs TexAsia’s annual nonprofit event, Lunar New Year Houston, attracting 60,000-plus Houstonians of all backgrounds. TexAsia’s mission is to preserve and present authentic arts traditions for Houston. She also heads the Houston Language Bank, a nonprofit project that delivers vital public information to underserved immigrant and refugee communities. “We need to change the way we communicate,” says Joe. “We believe that the delivery of shared information builds shared values—and this is the cornerstone of American vitality and the foundation of community cohesion.”

Glenda Joe’s background in finding common ground amid cultural difference is long and varied. The Joe family patriarch, Jim Joe, settled in Houston in 1882 and started one of the first Chinese businesses in the city. Joe grew up working in her father’s store and observed at a young age how her African-American and Hispanic neighbors were treated differently. When she saw how miscommunication triggered violence, she wrote a “how-to” cultural-awareness resource titled The Asian Merchant’s Handbook, which was distributed nationwide. In 1967, she organized her first civil rights rally and coaxed her dad to speak at it. How can Texas’ different cultures get along and find common ground? “Listen,” she says. “Learn empathy. Walk a mile in their shoes.” 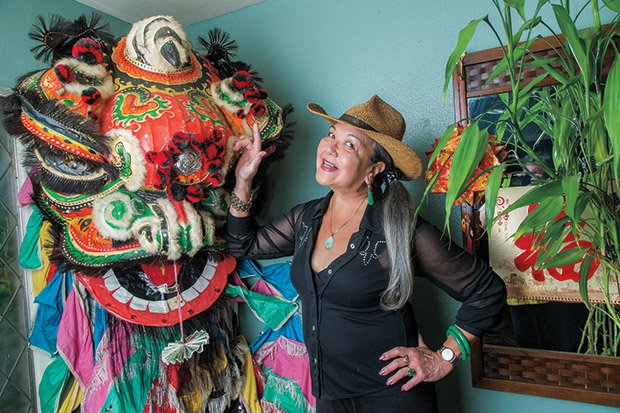