Great Race for the 12 Creatures of the Zodiac

Great Race for the 12 Creatures of the Zodiac

How the Animals came to the Zodiac

It is told that the Buddha, or in some stories, the Jade Emperor of Taoist divinity, sent forth Invitation to the Great Event.  It was the invitation to the ultimate competition for Animals that might be named to the Zodiac for All Time.  It would be the Great Race across all terrains and climax in the crossing of a Mighty River.

Until then, Cat and Rat had been Friends.

As Cat and Rat were the very worst swimmers, they devised a clever plan to ride the back of the strongest of the Animals – Ox – across the swift currents of the mighty river.  Just as they were in sight of the shore, Rat shoved Cat into the river!  Then, Rat jumped to shore ahead of Ox.

Thus, Rat ensured his 1st Place in the Chinese Zodiac!  And, this is why, for all Eternity, Cat will hate the water and be the sworn enemy of Rat!

The 3rd animal to cross the river was Tiger.  Though ferociously powerful, even Tiger was challenged by the river’s swirling undercurrents. After Tiger came Rabbit.

Rabbit explained he was blown ashore on a log he climbed upon after finding no more river stones to hop along to cross.  This 4th animal of the Zodiac is recognized as very fortunate, indeed.

It was Dragon who blew the giant puff of air to push Rabbit’s log to shore.  Dragon told Buddha that, as a flying creature, he could have arrived first.  But, he had to stop to make rain for the people and creatures of earth.  Thus, Dragon became the Fifth Animal in the Zodiac.

While Horse appeared next, it would be Snake, hiding in Horse’s hoof that would be the 6th Animal.  Snake’s sudden appearance startled Horse, giving Snake the advantage in the Great Race. And, in this way, Horse became the 7th Animal of Chinese Zodiac.

Some time did pass before Ram, Monkey and Rooster reached the shore.  They had all joined to work together to find a raft and clear the water reeds to cross the river. Thus, Ram became the 8th, Monkey the 9th and Rooster the 10th Animals in the Zodiac.

Dog, the best swimmer of all, came in 11th.  He’d gotten quite dirty racing the grueling terrain and felt in need of a good bath before he presented himself.  After all, no one likes a dirty dog!

Just before the closing of the Great Race, a huge squealing burst forth from the river.  Pig had gotten hungry and stopped for snack and a little nap.  Pig’s appetite had made him late, but he did arrive before the close of competition.  So, Pig became the 12th Animal of the Chinese Zodiac.

It is told that Cat was the last animal to reach the shore, but it was too late.  There could not be 13 Animals in the Chinese Zodiac!

There is another Folk Story that tells us, long, long ago, Lord Buddha summoned all the Animals together to assign each of them a Year.  When Cat heard the news, he told friend Rat about it and the two animals decided to go together.  That day Rat did not wake Cat who, loving his catnap, slept through the morning. Thus, Cat did not arrive in time. This is why there is no Chinese Year of the Cat.

Where is the Cat in the Chinese Zodiac?

That the Cat was left out of the Chinese Zodiac is the stuff of early legend.  There are several versions of the legend and they all include the crafty Rat!

How the Cat Comes to the Vietnamese Zodiac!

Cat does make it into the Vietnamese Zodiac!

In this story, Cat takes the fortunate Rabbit’s 4th place in the race.

The Vietnamese story has a different ending for Cat.

Jade Emperor (in Vietnamese Ngọc Hoàng) held a race to Heaven to choose the 12 Animals for the Zodiac. Cat and Rat were such good friends they decided to go together.

They rode the back of Water Buffalo across the river and were nearly to the shore.  Suddenly, Rat pushed Cat off and down the river

Then, wonder of wonders, this Cat of Vietnam could swim!

Thus, Cat arrived just after Tiger, and so became the Very Fortunate

Composed with ‘Bedtime Stories’ in mind for children. 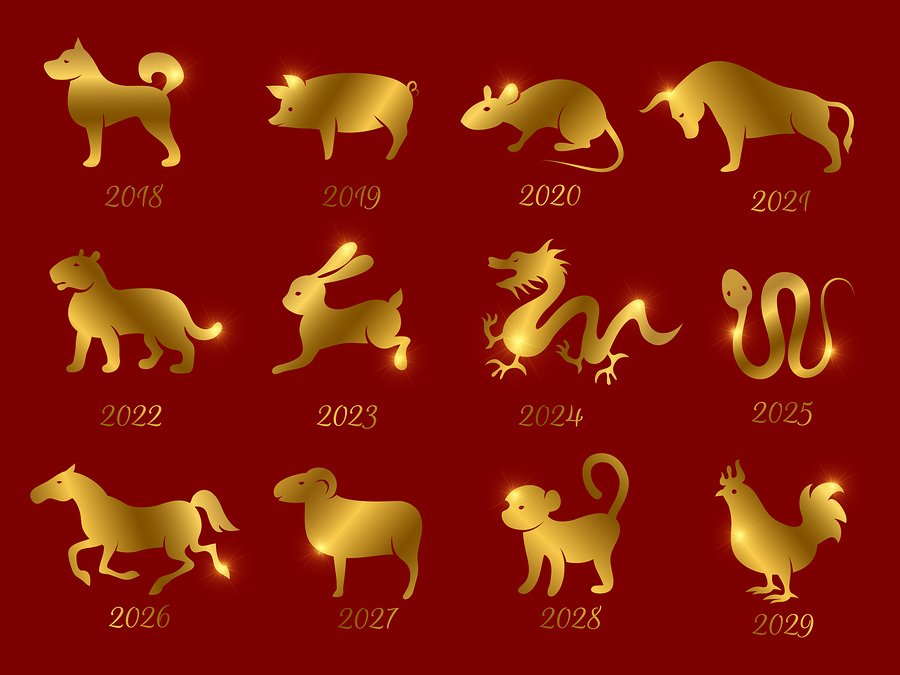