One of five distinctly formative Elements energizes each of the 12 zodiac creatures every 60 years. While the Dragon Year comes every 12 years, the Energy generated by these core Elements as Wood Dragon, Fire Dragon, Earth Dragon, Metal Dragon, or Water Dragon years will present different challenges. All Dragon Years are considered exceedingly powerful. But, as you might guess, a Fire Dragon Year brings different aspect impacts than a Water Dragon Year. For more on this, check out The Handbook of Chinese Horoscopes, by Lau.

The Energy of this Water Dragon Year will favor optimum expansion and growth, being less imperious and power-hungry than the other Dragons. This year favors the art of negotiation, progressive ideas with an eye to reinforcement of foundations for all we plan to build for the future. While Fire Dragons Years can be fiercely unforgiving and Metal Dragon Years may present as combative and intractable, the power of the Water Dragon Year is all about flowing over or around obstacles. At the same time, the Water element energy nourishes new beginnings, innovation and successful growth.

All five Dragon Years magnify both success and failure. They bring exceptional, unprecedented achievements, but disasters can be equally transcendent. Fire Dragon Years are said to be most disruptive to the balance and harmony of both Nature and Man.

Given the challenging conflation of current events, both natural and man-made, it is truly fortuitous that the Year of the Water Dragon is heralded for its serene, visionary intelligence. It is a Dragon Year that celebrates a balance of left-brain logic with right-brain creativity.

Water’s all-encompassing energy in this fearless Dragon Year will empower us to be far more cognizant of the needs of others; more socially and environmentally conscious; and, more civil in our discourse.

Water bestows a more peaceful energy in this Dragon Year. Use this power wisely in this Water Dragon Year for the good of all creatures and Mother Earth!

Like all Dragons, the Water Dragon is an innovative, fearless leader. But the Water Dragon is also far more sensitive to others’ needs, and is more likely to be progressive and diplomatic, as well as socially and environmentally conscious. Because Water bestows a more peaceful disposition, this Dragon will act wisely and intelligently, and unlike his fellow Dragons, is willing to set aside his ego for the good of all.

The Dragon is a creature of myth and legend. A symbol of good fortune and sign of intense power, the Oriental Dragon is regarded as a divine beast

They are your free thinkers, free spirits and risk takers. “Uninhibited” might as well be their middle name. They only follow the rules they find acceptable; they break those they don’t. Bureaucracy bores them.

It’s also true, however, that all five of the Chinese Dragon years — Wood, Fire, Earth, Metal and Water — tend to magnify both success and failure. So while they can mark huge achievement, disasters can be equally immense. The Year of the Fire Dragon (1917, 1976, and 2036) typically wreaks the most havoc.

However, the Year of the Water Dragon (1892, 1952 and 2012) is noted for its calm, visionary intelligence, and balance of right brain creativity with left brain logic.

What influence might the Water Dragon, which rules from January 23, 2012 to February 9, 2013, have on the powerful energies already anticipated at that time?

Like all Dragons, the Water Dragon is an innovative, fearless leader. But the Water Dragon is also far more sensitive to others’ needs, and is more likely to be progressive and diplomatic, as well as socially and environmentally conscious. Because Water bestows a more peaceful disposition, this Dragon will act wisely and intelligently, and unlike his fellow Dragons, is willing to set aside his ego for the good of all.

If you subscribe to the dawn-of-a-new-era theory of 2012, then it’s easy to see how the influence of the Water Dragon will increase the likelihood of success for progressive movements gaining momentum all across the globe. Energy conservation and green energy-producing technologies, curtailing Global Warming, challenges to multinational corporations, attention to world hunger and the renewed health of the oceans and sea creatures will all likely fare well.

If your expectations tend more toward disaster, then you might expect tsunamis, hurricanes, monsoons and other weather extremes to be in the headlines.

But of all the Dragon years, the 2012 Water Dragon is most likely to bestow the Chinese Five Blessings of harmony, virtue, riches, fulfillment and longevity, adding even more weight to the growing belief that 2012 will be about breakthroughs, not disasters.

It is said the celestials endowed the mythic Dragon to soar the highest mountain peaks and dive the deepest ocean depths.

The origin of the Chinese dragon is not certain. The presence of dragon in Chinese culture can dates back several thousands of years with the discovery of a dragon statue dating back to the fifth millennium BC from the Yangshao culture in Henan in 1987,[5] and jade badges of rank in coiled form have been excavated from the Hongshan culture circa 4700-2900 BC.[6] 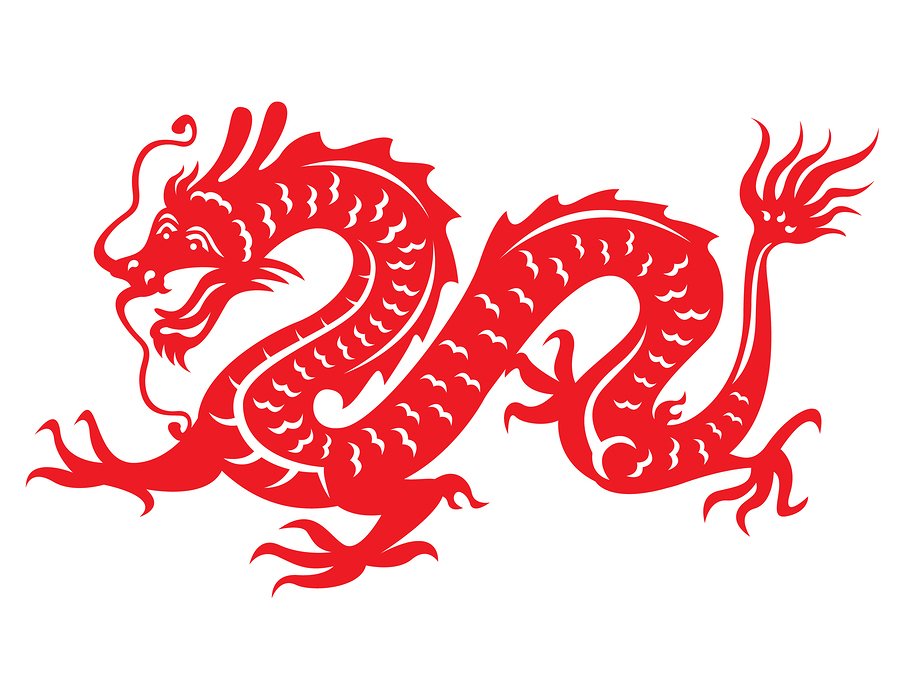